R Nait is a famous Punjabi Singer and Lyricist. His real name is Nait Ram and he is very popular among youngsters for his Punjabi tracks like Defaulter, 2800, Poison, Success Kaur, Jagirdaar, and many more. In this article, you’ll read about R Nait’s age, height, family, qualifications, etc.

R Nait was born on 15 August 1989 in his village Dharampura, Mansa, Punjab, India. His real name is Nait Ram but his reel name is R Nait. He is a very famous Punjabi singer and lyricist.

His Father’s Name is Satpal Sharma and his mother’s name is Guddi Rani. He has one younger brother named Ravi.

Most Searched Questions about R Nait

What is R Nait’s real name?

The real name of R Nait is Nait Ram.

What is the height of R Nait?

What is the age of R Nait?

When is R Nait’s Birthday?

Who is R Nait’s Girlfriend?

Which one was R Nait’s debut song?

What are R Nait’s qualifications?

If you like this article then please share it on your Facebook, Twitter, or with your friends and family. We will try to provide you with the accurate and latest possible information about your favorite stars.

If you like us to write your beloved singer, actor, actress, or model’s biography then, please feel free to suggest us in the comment section or you can directly contact us on the e-mail id given on the contact page. 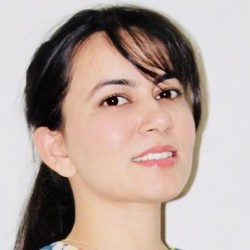